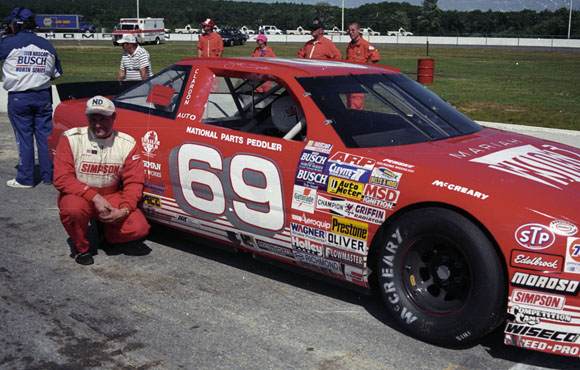 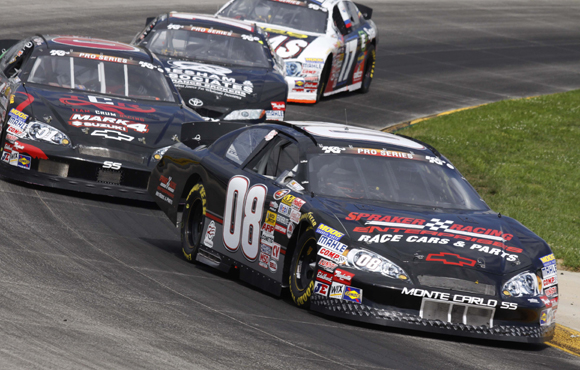 Spraker Racing Enterprises was founded by owner Jeff Spraker in 1978. Originally established as a race team, the company expanded to add a full-time business that builds and sells parts for racecars and hot rods.

Throughout the years, Spraker Racing Enterprises has built pro-stock chassis and Ford 9′ rear ends, provided high-performance parts, laser systems and chassis set-up and consulting, maintained a full-service racing operation for teams in all major racing series, and competed in several NASCAR- and ARCA-sanctioned events with their driver development program.

The Spraker Racing Enterprises headquarters were originally located in Schenectady, N.Y., before moving to their current location in 2000. Spraker Racing Enterprises now consists of two buildings, totaling 22,000 sq. feet, in the Mooresville Motorsports Center in Mooresville, N.C., in addition to the original headquarters in Schenectady. The shops are fully equipped with all of the latest equipment and machinery, including a chassis dyno, complete down-draft paint booth, five surface plates and laser alignment systems.

The success of Spraker Racing is grounded in Spraker’s unique set of capabilities – his passion for performance, a strong work ethic, unstoppable determination, strong technical background, drive of a true racer, and ability to transfer his knowledge as a mentor to his drivers through superior communication skills.

Spraker Racing was originally developed as a modified team for owner Jeff Spraker to drive in the NASCAR Whelen Modified Tour and transitioned into a NASCAR K&N Pro Series East (NKNPSE) team. The team was very successful in the NKNPSE, during the late 1980s and early 1990s. With the success in the NKNPSE, Spraker began racing in the NASCAR Nationwide Series (NNS) and NASCAR Camping World Truck Series (NCWTS) in the 1990s.

When he moved his shop to Mooresville, N.C., in 2000, Spraker decided to put his own racing aspirations aside and began his career helping other drivers advance their careers. Throughout the past 10 years, Spraker Racing has worked with drivers racing in the NNS, NCWTS, NKNPSE and ARCA Racing Series presented by RE/MAX and Menards, including fielding cars for the NASCAR “Drive for Diversity” program. The Drive for Diversity program is a NASCAR initiative designed to give females and minorities the opportunity to gain driving experience and progress through the various levels of motorsports competition. In 2006, Spraker Racing joined other teams, including Joe Gibbs Racing, Richard Childress Racing, Ken Schrader Racing and Dale Earnhardt Incorporated, with this initiative. While Spraker Racing was part of the program, the team compiled the best record of top-10 finishes among all diversity participants.

In 2007, Spraker Racing was contracted to prepare cars for the NKNPSE and seven ARCA Racing Series events with Michelle Theriault. At the conclusion of the season, the team had recorded the highest finish for a female driver, eighth place, in the NKNPSE and also posted the highest finish in year-end points for a female in series history finishing 12th.

For the 2008 season, Spraker Racing tapped Dexter Bean to drive the No. 37 Spraker Racing Chevrolet, running the full 21-race ARCA Racing Series schedule. The team was a contender in every event, posting four top-five finishes and six top-10 finishes.

Currently, Spraker Racing fields a full-time entry in the NKNPSE series for rookie Andrew Smith. In addition, they are running an additional NKNPSE Chevrolet and an ARCA Chevrolet at select races this year.

Jeff Spraker has over 30 years of racing experience. He began his racing career with Go Karts in the Capital District region of New York state. During his high school years, Spraker worked as a crew member for the innovative “Hemi-Cuda” Modified and Supermodified team, where he learned invaluable skills for chassis dynamics, machining processes and fabrication.

In 1978, Jeff accepted a full-time position as a Test Engineer for a research and development firm in Latham, N.Y. In this capacity, he was responsible for the building and testing of prototype engines and vehicles for a NASA-related contract. At the same time, Spaker began pursuing a part-time career as a driver, by forming his own team to compete in the NASCAR Modified ranks. As an owner/driver in the series, he competed on a regular basis with some of the legends of the Northeast, including Richie Evans, Jimmy Spencer and the Bodine brothers. Spraker soon moved up to the newly formed NASCAR K&N Pro Series East (NKNPSE) and found great success as an owner/driver. He compiled top-20 finishes in the point standings seven times from 1988-1995, with a top-15 in 1990.

In 1990, Spraker expanded the race team into a full-time business in Schenectady, New York. During this time, Spraker’s team began racing in several NASCAR Nationwide Series events, in addition to the NKNPSE races. In 1996, Spraker Racing competed in several NASCAR Camping World Truck Series races with Spraker behind the wheel.

In 2000, Spraker decided to move Spraker Racing Enterprises to a 12,000 sq. ft. facility in the Mooresville Motorsports Center in Mooresville, NC. Spraker put his own racing aspirations on hold, while he established his business in the racing capital of the South. He soon landed a consulting job with the NASCAR Sprint Cup team of Travis Carter and driver Darrell Waltrip. This successful relationship was the basis for establishing Spraker’s reputation as a highly regarded chassis and set-up expert and race strategist. From this experience, Spraker turned his focus to his fabrication and consulting business, which led to successful endeavors in the preparation/set-up of cars and the chance to be a crew chief for the following drivers: